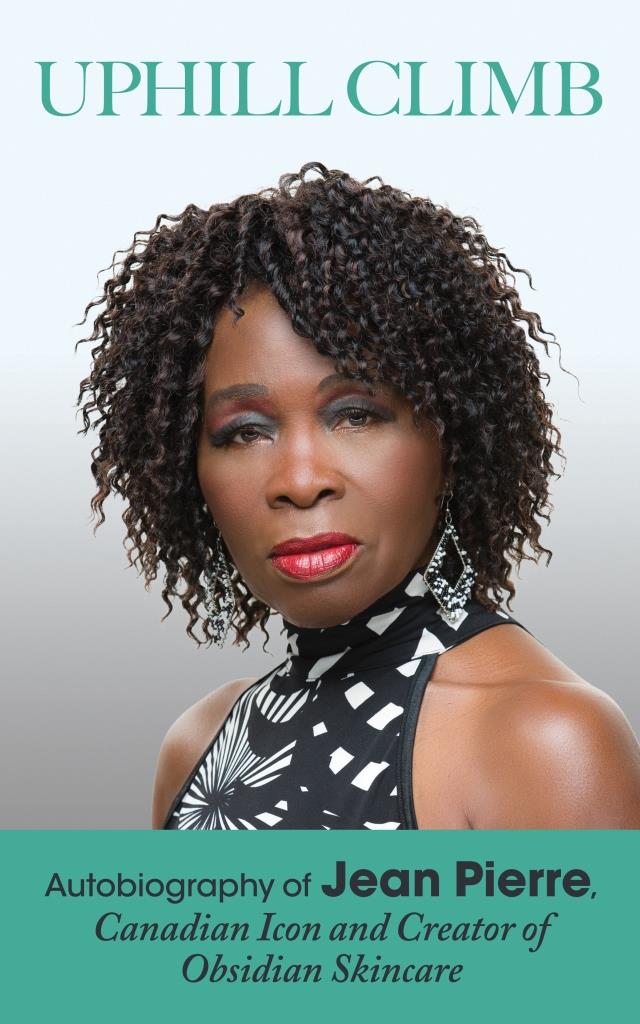 Uphill Climb delves into Pierre’s deeply-personal health struggles, including as a two-time cancer survivor and the difficult medical experience that almost claimed her life.

It celebrates Pierre’s cultural roots, her pure grit and determination to succeed, and her audacious pursuit of new innovations in skincare and self-care, to help others heal, from the inside out.

“You know how and where your journey began, but you do not know where or how it will end. Things do not always go the way you plan or expect, but it is essential not to take your eyes off the ball,” advises Pierre. 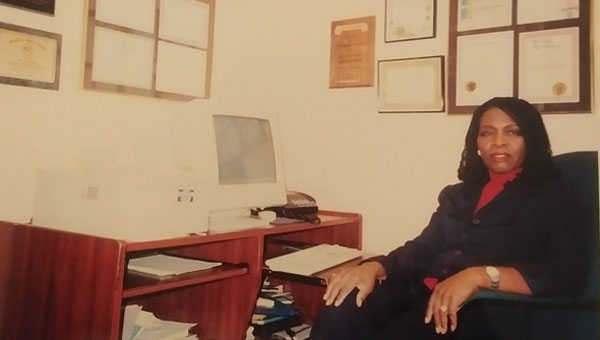 Pierre seen relaxing in one of her offices. Photo contributed.

Pierre, who is also the founder of Jean Pierre Aesthetics & Spa Inc. — and owner of the million dollar-plus, Kennedy Road building in which it is housed — wrote Uphill Climb, after having time to reflect, during the COVID-19 pandemic, on all the challenges that she has encountered, and overcame, in her life.

She revealed that she was motivated to write, with a specific audience in mind: “I hope this book will inspire young Black women to pursue their chosen paths. I share my story for women, who have reached a glass ceiling, are not feeling satisfied where they are, and want to start their own businesses.”

Pierre understands the trials that come from an entrepreneur’s battle to move from obscurity to making a name for oneself — while protecting the mission of leaving a positive impact on those they encounter.

Having never met a challenge that she was afraid to take on, Pierre, who owns two resorts in Aruba — Palm Court Oasis and Villa Serenity, where guests pay over US$240 per night — approaches business as she does many of the circumstances life has thrown her way; she does not take the easy way out and, her hard work and strong work ethic have paid off. 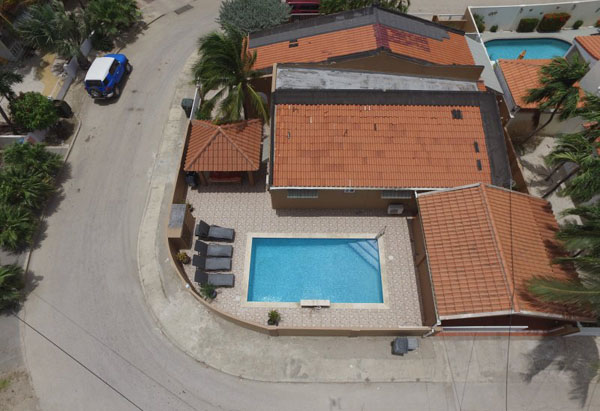 One of real estate investor, Jean Pierre’s, two resorts in Aruba, Villa Serenity, where guests pay over US$240 per night. Photo contributed.

Energetic, dogged, yet humble, Pierre has received numerous awards, including: the African Canadian Achievement Award (ACAA) for Excellence in Business; the Toronto Sun‘s Woman on the Move Award; the Black Business and Professionals Association’s (BBPA) Harry Jerome Award for Business Excellence; the Africa-Canada Chamber of Commerce Award; the JunCtian Community Initiatives’ Excellence in Entrepreneurship Award; and is listed in the Who’s Who in Black Canada. 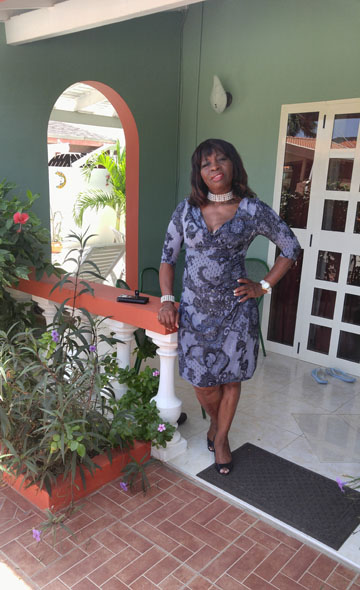 Jean at the entrance of her Palm Court Oasis resort in the beautiful island of Aruba, where the population speaks Dutch. Photo contributed.

Although maintaining a busy business schedule, she finds time to be active on youth advisory boards and is also involved in supporting profit and non-profit community groups.

In the book — produced by Dawn James, Managing Director of Publish and Promote — Pierre recalls an instance, when a male client offered to invest $30,000 in her business. Even though the offer came at a time when she was struggling as an entrepreneur, she turned down the enticing offer and, instead, decided to pursue her own path forward.

The decision proved favorable because, a few months later, the unscrupulous investor began ordering his favorite Obsidian skincare products from his new home — a prison cell.

In Uphill Climb, readers will also learn what fueled Pierre’s brave decision to turn down a lucrative contract with a popular American cosmetics brand, to mass-produce her own Obsidian skincare line.

It is experiences like these, which make the skincare manufacturer and luminary’s story so striking and stirring — and overflowing with wisdom and courage. It shows Pierre’s fearlessness to achieve the life that she envisioned.

Her stories are bound by an experience of faith, ambition and the quest to seek contentment at every stage of her journey.

Uphill Climb will not only serve as a chronicle of resilience and hope, but it will also serve as a guide for every woman, who knows there is greater to be accomplished. The book is a page-turner that beautifully balances the unpredictability of life with the call and pursuit of destiny.

Not one to be distracted, daunted, discouraged or defeated by racial discrimination, Pierre, nevertheless, recognises its caustic presence in her struggle for success and fortune.

That comment, which would have discouraged a mere mortal, burned a deep, cavernous desire in Pierre’s subconscious and inspired her to, one day, possess her own Jaguar. 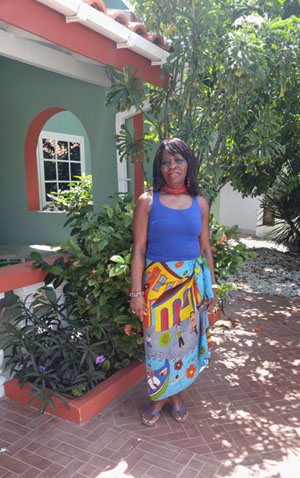 Just back from the beach, near one of her resorts in Aruba, where she spends her winters, Jean takes a relaxing pause, after her daily, strenuous, hour-long workout that includes a long walk, swimming and yoga — before breakfast. Photo contributed.

Some 40 years ago, while living in London, England, she saw a beautiful car “with a jaguar on its hood”, as she recounted — and fell in love with it instantly. But, the companion she was with, solemnly advised her that “those cars were only for rich people and royalty, not her kind”.

Just recently, after a visit to her doctor, where she was diagnosed with a small, non-cancerous lump in one of her breasts, she relates that she felt a “bit down”, and decided to give herself an emotional lift by buying herself a gift, a Jaguar…then the ominous monster, racial discrimination, reared its ugly head, again.

Dressed in smart, business attire, she visited an auto dealership that sell Jaguars on Steeles Avenue in north Toronto, and approached one of its sales agents — who just happened to be White — with the intention of making her purchase, but even before finding out anything about her, was told that she couldn’t “afford a Jaguar, and should look at a cheaper car”.

Pierre immediately decided not to get angry, but to get even.

So, she hauled off to another high-end automobile dealership and entered through its Rolls Royce entrance, where she was pleasantly surprised by the welcoming reception she received.

The general manager then introduced her to one of his top sales agents, who happened to be Black, and who handled her sale very professionally, with no racial stereotypical assumptions whatsoever.

She then, promptly drove her new “gift” over to the first dealership that had rebuffed her purchase; demanded to see the general manager; took him out and showcased her spanking-new, customised Jaguar; and related the awful experience she had with his biased sales agent.

The General Manager was remorseful, and apologised profusely…too late. 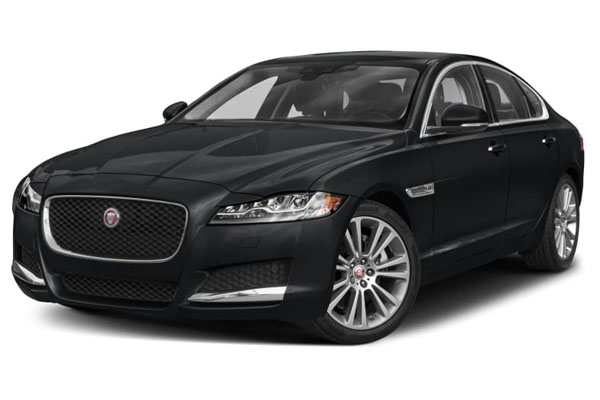 Asserts Pierre, who owns multiple million dollar-valued real estate properties in Canada, Jamaica and Aruba: “For me, this is a book about resilience, true grit and determination. As a two-time cancer survivor, I wanted to share how that has impacted my journey, what pushed me to build a skincare business and even some of the mistakes that I have made along the way.

“It also highlights how I worked to gain peace and appreciation for every single season of my journey. I wrote Uphill Climb with the hope of inspiring the next generation of Black female entrepreneurs.”

Starting the arduous, challenging, pothole-littered uphill climb from humble beginnings — having been born and raised in St. Ann, the birthplace of Burning Spear, Shabba Ranks, Bob Marley and Marcus Garvey and often called the “garden parish of Jamaica” because of its floral beauty — Jean Pierre has eclipsed the mountain summit.